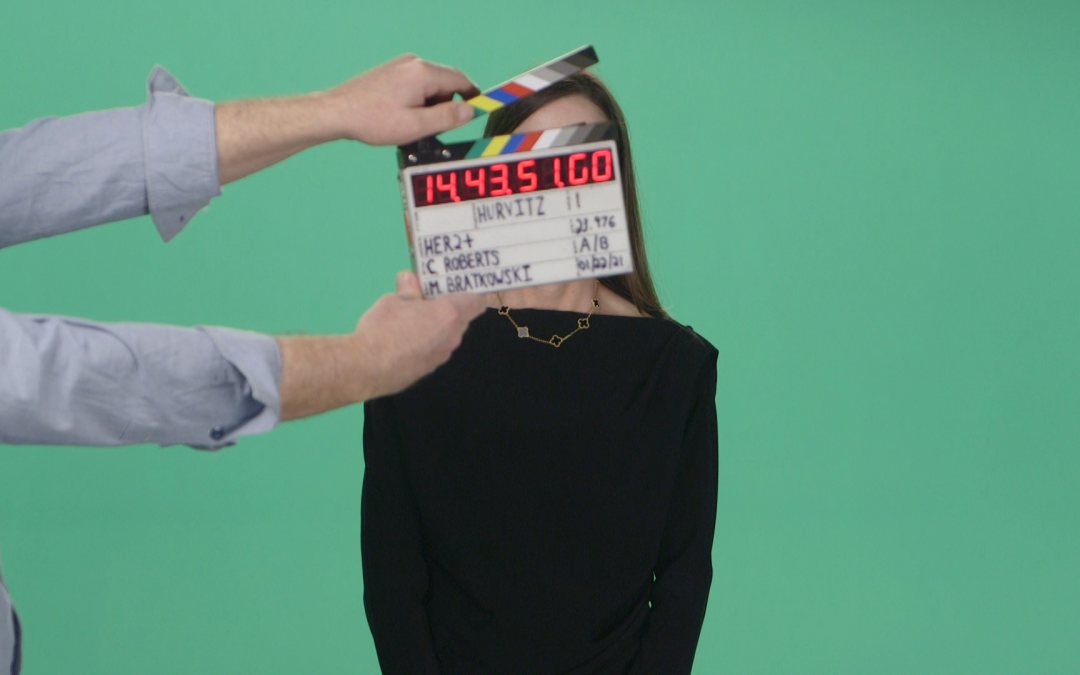 How to Find a Job in Filmmaking and Video Production: Starting Out.

Every once in a while, I receive a call from someone looking to get started in video production or filmmaking. It’s good to look for assistance and ask questions. None of us can do this without the help of others. Whether you have a close family member or no connections at all in the video production business, the first thing to do is ask.

The terms “video production” or “filmmaking” are broad ones indeed. There are many industries and roles found within these fields.  They could mean anything from a high-profile job on a multimillion-dollar feature film or a one man band wedding videographer. Whatever springs you out of bed each morning, I say go for it. Because of Youtube, Netflix, Amazon, and so many other streamers, there are more opportunities in film and video than ever in the history of this craft.

Yes, there are many things you can do in the world of film and video. It’s your job to define your goals. Do you want to create documentaries? Shoot training videos? Sit atop a $100 million budget as an executive producer for Hollywood’s next blockbuster feature? Somewhere in-between? Know that you need a vision for where you want to end up. Here’s a great article on visualizing your career: How To Create A Career Vision: 3 Essential Traits 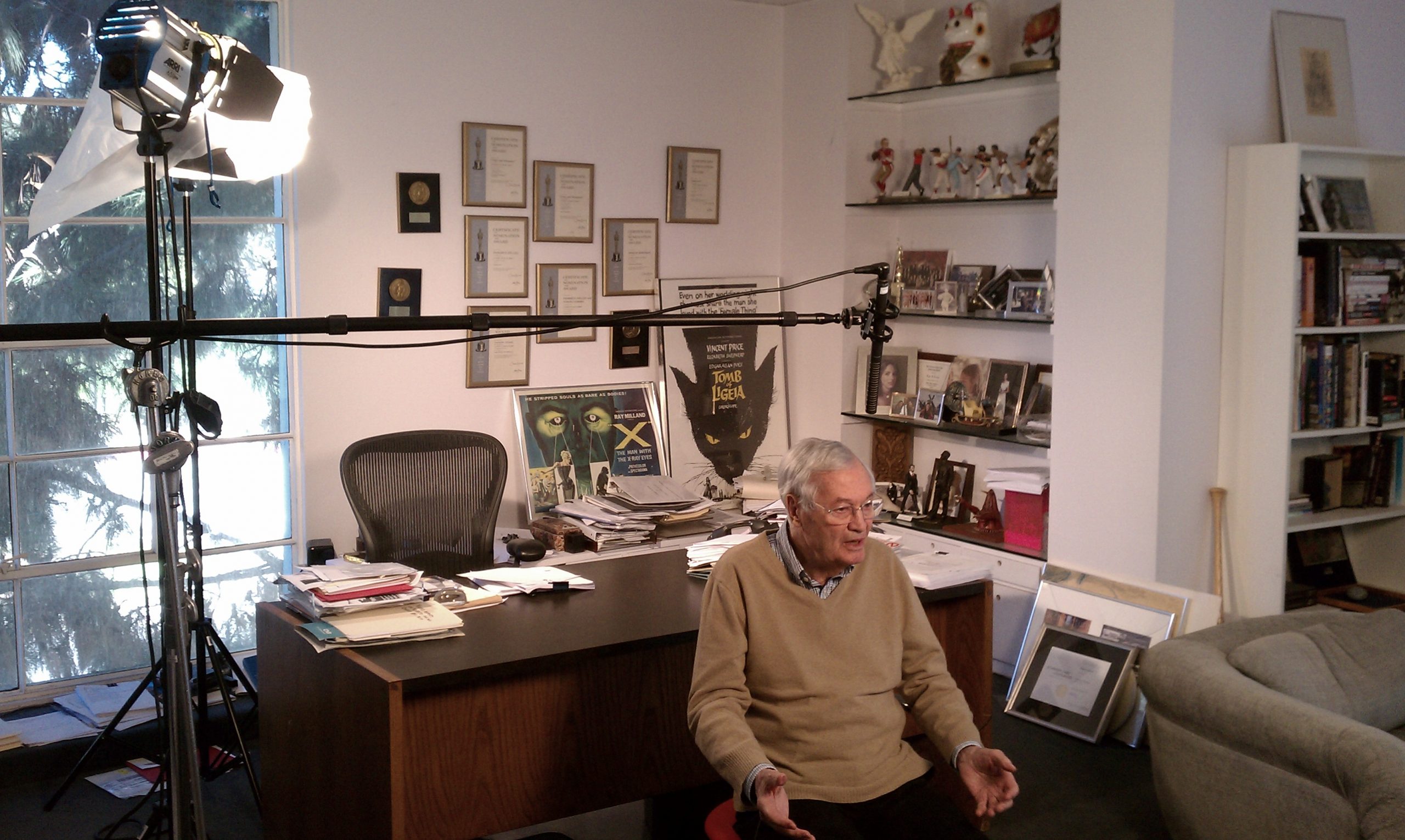 Hopefully you’ve already asked a videographer or filmmaker friend about entering this business. Have you followed up any of these queries with some sort of real action? If you are interested in filmmaking or video production, you most likely have been filming something already. Whether it’s with your dad’s DSLR or a cell phone, something must have motivated you to think about a life of motion picture storytelling. I would say that if you haven’t been experimenting, you’re probably not very interested. Look someplace else. There’ll always be room for you at The Control Data Institute.

Is filmmaking and video production for you?

All kidding aside, filmmaking and video production is not for everyone, whether you plan on starting your own business or going freelance or even working for a production company at any level. Like any other artistic or creative endeavor, your talent and business acumen will drive your career. This is not a 9 to 5 job. Some weeks or months are non-stop with zero breaks. Other days are quiet; too quiet and you are looking for your next gig. If you are looking for banker’s hours, keep looking.

As stated, there are many roles in filmmaking and video production. Find your area of interest and expertise. This site describes some of the roles: Wikipedia: Film crew.  Naturally, if you’re just starting out, you may be deciding on which direction to take. 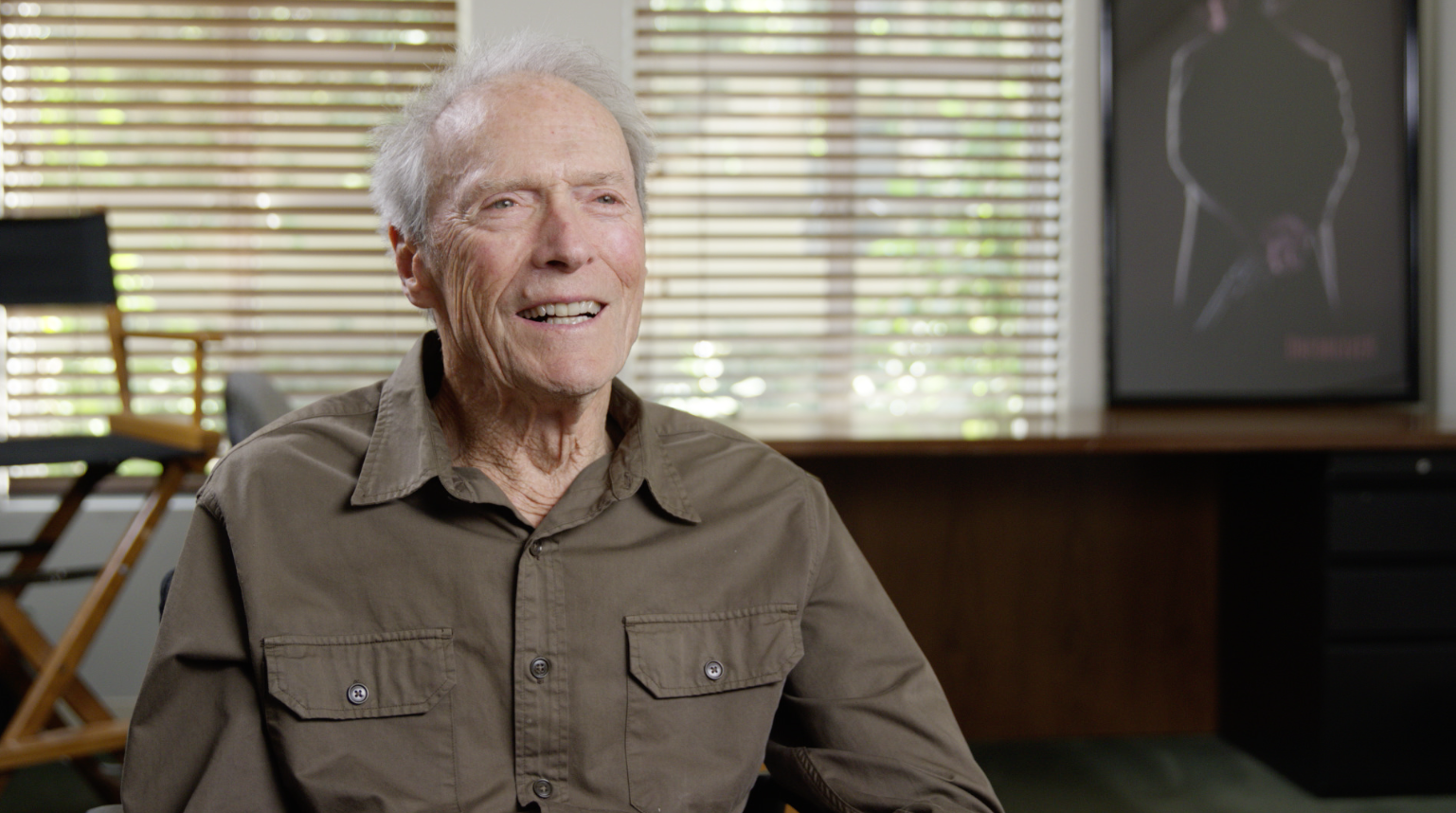 Clint Eastwood interview for a documentary

There are three general areas: the creative side, the technical side, and the business side.  And the different roles you can play within each category are innumerable, especially in the entertainment industry.  Are you focused on entertainment? Commercial marketing? Corporate communications? Training? Documentaries? Advertising?  If you don’t know, find out by working for someone in one or two of these industries.

Where to make contacts.

Scour the internet to find your contacts. Ask friends and family. Create a Linkedin page and research film and video producers and production managers in whatever industry that interests you. When you call or email, have a position in mind. Do not ask, “Are you hiring?” Tell them what you are looking for and that you would like to talk about any possible opportunities in that area, whether as a production assistant who gets coffee or a grip that helps load the truck on a small film.

If you are in high school, most likely there is some sort of film program on campus. Get involved. Help any way you can. Some of the students you’ll meet will go on to film school. Most won’t. But you’ll meet more people and learn.  If you are out of high school, look at universities and community colleges. You do not have to be enrolled to assist on a student film. (But think about enrolling.) In fact, student film producers need more help than what is available to them on campus. They need you!

Student films are how you get your feet wet. They don’t care if you have zero experience. They only want a halfway intelligent, energetic human being who follows directions. They want you to have a great attitude. Keep your head down, listen, don’t make waves, and do your job. Everyone will notice and you will be called back for more. You are now part of a family of filmmakers. 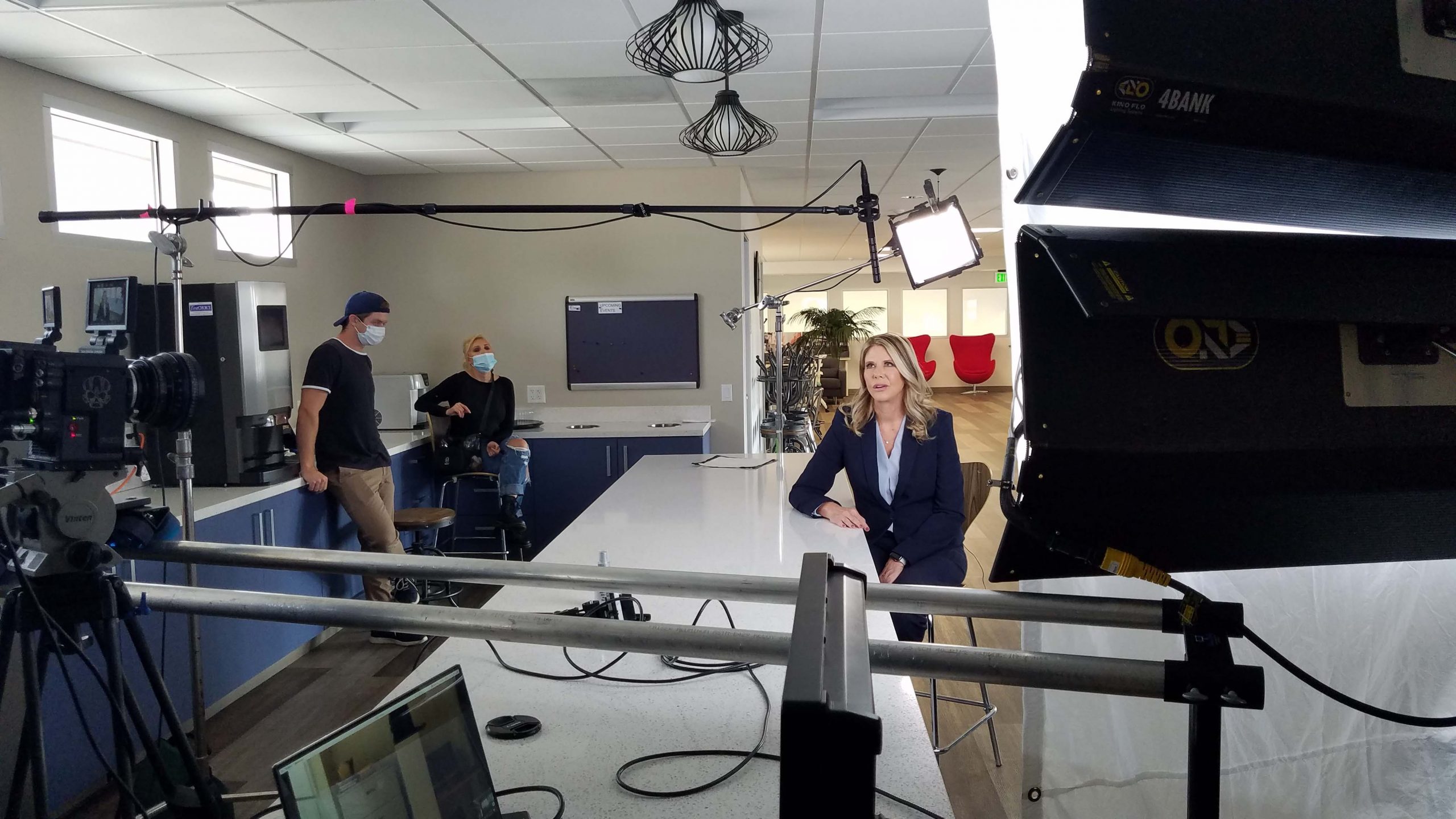 Now that you have a little experience under your belt, are you still attracted to this business of filmmaking? Are you starting to see which role suits you best? Then go for it! You can start inching your way up to better gigs and eventually get paid once you’ve demonstrated some mastery in your chosen role.

Not everyone needs or should go to film school. Film school can be very expensive and still not prepare you for the real world of making a buck or getting anywhere in film. Heck, there’s even a website called nofilmschool.com! Film schools are popping up everywhere because of the enormous popularity of video. I know a couple of people who grew to be high-powered executives without any film school. They didn’t even go to college! But they had a burning desire to get into TV and film. They climbed the ranks through dogged perseverance, intelligence, connections made along the way, and a general talent for playing their role. Another guy I know has a PhD in philosophy!  The point is there is no single route to becoming a filmmaker or video production specialist. Everyone has their own story on how they made it. However, these filmmakers do have some things in common: drive, a willingness to learn, and an ability to make friends in the business. These friends do not have to be high-powered executives. They can be peers as lowly as you. You learn from each other. You inspire each other. You share your connections and stairstep your way to the top.

With that said, I do recommend going to college, not necessarily film school. But if you are confident that you want to become a filmmaker, then go to film school. Great connections are made there too.  If you are focused, passionate and have a little talent, you can go pretty far after graduating film school. It’s up to you (not your professors or anyone else). You can also get a degree in… let’s say English and work on other students’ films on campus. The film industry needs writers, so English makes sense! You can go to engineering school and still get experience in film. Most Hollywood successes never went to film school! Take TV’s Mythbusters‘ co-host Jamie Hyneman: he graduated with a degree in Russian linguistics from Indiana University of all things! It’s good to be educated. In fact, those very successful college dropouts I mentioned actually envy those who graduated, especially when they find themselves in a room full of degreed professionals.

The most important thing you can do is get out there and meet people. And check out this site! It’s full of great ideas that will move you forward: Amy Clarke Films. Make friends who are also starting out. This is key. Find a student short film and get ready for some 16-hour days, 12 days straight. Get your feet wet. You’ll be exhausted but gratified after meeting some of the best people ever. 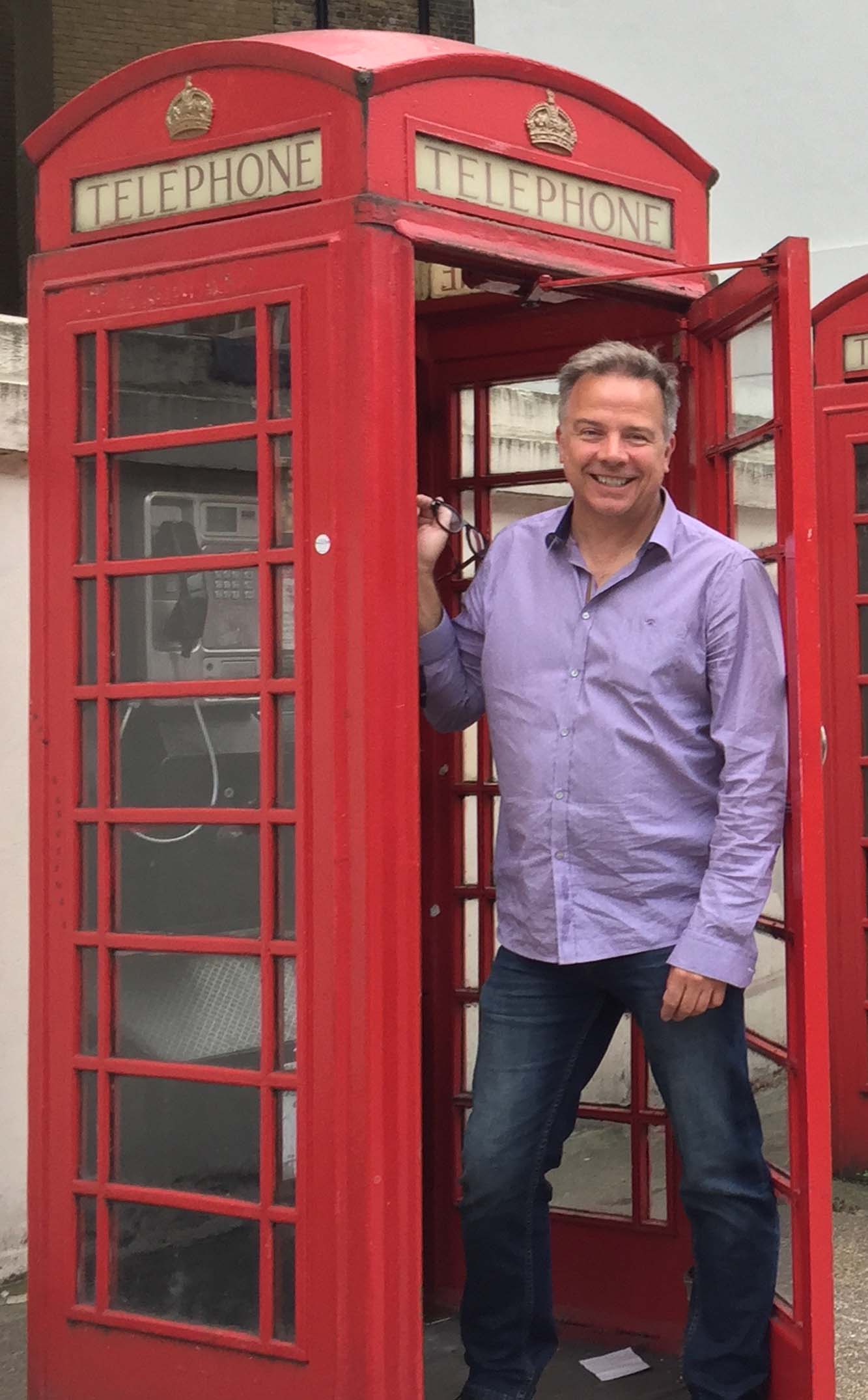